6 Ways to Establish Meaningful Targets for Your Sales Team

Trying to get your team on track or looking for inspiration before a big kickoff? Setting the right sales targets makes all the difference. However, most business professionals go about it the wrong way. They focus on creating SMART goals rather than creating meaningful targets.  As a result, potential customers become an abstract concept—something to push through a sales funnel—and salespeople lose sight of what matters most. Generations of professionals have been brought up with SMART goals (specific, measurable, attainable, relevant, timebound). The framework has been in use since 1981 and can help you identify whether the goals you’re setting are useful. The problem is, SMART goals don’t necessarily have meaning to your sales team. Let’s consider a common example that may even be happening at your company right now.

Acme company is a startup and wants to double its revenue this coming year. To do so, it needs to generate $1.5 million in sales. Leadership then turns to the sales team and tells them they’re responsible for closing $1.5 million in deals before the year ends. See a problem with this tactic yet?

The $1.5 million quota is specific, measurable, attainable, relevant, and timebound. It ticks off all the boxes of a SMART goal. However, there’s nothing about this quota that gets the salesperson excited, makes it seem within reach, or indicates the role he or she will play. It’s an abstract figure somewhere off in the distance that the team needs to get to someday.

If Acme company really wants the sales team to meet its $1.5 million quota, it needs to make the sales target meaningful, not just SMART. It needs to create a goal that’s within reach, show the team the role they play, and get them excited at the same time. It sounds like a tall order, but it can be done fairly easily using the six methods outlined below.

Before you begin, you’ll want to have some company-wide metrics, including historical sales data and customer counts. You’ll also need information about your sales reps, including performance data and some background on each, including personality traits. After all, what helps motivate your most outgoing and enthusiastic sales rep will not be what motivates an anxious or cautious rep. You’ll need to tailor your approach to what works for the individual.

Most of your time spent in a “failure state” when you strive for a goal, says NYU professor and psychologist Adam Alter. That’s why long-term goals don’t work for people. Take the $1.5 million sales quota, for example. If that’s what your team focuses on, you’ll spend 12 months feeling like you’re failing. Most people can’t simply will themselves to have the motivation to press forward, so you’ll lose the vast majority of the team within a matter of weeks.

Instead of focusing on long-term goals, break your quotas into much smaller sales targets, so your team spends more time celebrating wins and less time in a failure state. In this case, you’ll simply take the annual quota and divide it by the number of months in the period. Then, you’ll divide by the total number of sales reps.

You can also break it down into weekly goals if the team seems to lose steam a week or two into the month.

A base monthly goal is a good starting point, but let’s say you want to improve the performance of your existing team regardless of what the company goals are. Consider using stretch goals for your high-performing sales reps. The process is simple. Just look at the rep’s best month and then multiply it by a small percentage.

For example, let’s say you’re in the finance industry and your top sales rep has a 25 percent conversion rate or closes one in four deals. (Average for the industry is around 19 percent, per HubSpot.) He’s doing great, but you want to push him to do better. Set him up with a target of 26 to 30 percent to start.

Percentages can be misleading when you don’t have many prospects to begin with. Overly challenging goals can create anxiety too. One way to get around both of these issues is to work backward and set the stage for success by setting targets on specific activities throughout the sales cycle.

For example, if you know your top-performing rep can get on a sales call and close the deal one out of every four times, and you need him to close two deals this week, you can give him a target of making eight sales calls.

Or, perhaps the rep in the next cubicle over can close one in five deals, and you also need him to close two deals this week. The goal, then, is to ensure he has the right number of deals in the pipeline. He’ll need ten. You can also extend this out a bit more and identify which actions he needs to take to get those ten deals started. Is it sending out 50 emails?  Is it connecting with 20 new people on LinkedIn? Is it making six cold calls? Is it reaching out to three referral sources? Learn what makes your reps successful and set activity goals around those, whatever they may be.

4. Use waterfalls to maintain motivation with average or struggling salespeople.

Now, let’s say you have a third rep who is only closing ten percent of his sales. What’s going to happen if you give him a stretch goal of 26 percent? Or even the average of 19 percent? It’s going to seem way out of reach and he isn’t likely to hit it. The same is true if you’ve given him an activity-focused target, like jumping from sending 50 emails per week to 100.

Instead, you’ll want to give this rep waterfall goals to help him ramp up. Maybe on weeks one and two, his target will be 12 percent, then 14 percent on weeks three and four. Or, if you’re working with an activity focus, maybe he needs to send 60 emails the first week and 70 the second.

5. Set sales goals in sequence, so reps hit the most impactful areas first.

Another way to help struggling reps is to give them sequence goals or set goals by priority. What matters most will vary by company and situation. For example, maybe your company wants to focus on upselling your current customers to build more loyalty and boost retention. Or, perhaps you know if your rep closes one new client per week, they’re likely to reach the overall target.

You can also set sequence goals around professional development. Perhaps your rep with the ten percent close rate can’t get people to book demos after they’ve expressed interest, so he’s rarely giving demos. You might want to start him off with a target of getting four people to book demos.

Even when a rep is performing well, there’s always room to grow with sales productivity. Let’s say your rep closing one in every four deals is spending three hours on each demo. If he can get that time down, he’ll have time to close more deals. Or, maybe your ten percent rep starts getting more people to take demos, but it takes him two weeks to get a prospect to commit. See if you can get him to whittle it down a few days at a time.

4 Ways to Help Them Meet Their Sales Targets

Establishing meaningful targets is only half the battle. You’ll need to motivate and equip your sales team for success too.

1. Invest in the right tech, including CRM.

There is a multitude of platforms to choose from, so explore a few different CRMs and identify which one has the features you need. Look for things like an intuitive dashboard that keeps reps on track as well as notes and reminders in addition to holding prospect data.

2. Give each team member the resources and autonomy he or she needs.

Giving your team autonomy allows them to work with their strengths to produce results. It can improve morale too. For example, maybe your rep needs to book more demos. You want him making more phone calls to lock them in, but he’s more fluid with text messages. Let him try texting. Also, ensure each person is getting the resources he or she needs. You may need to work with the marketing department to help generate more leads, invest in better tech, or spend some time on employee development.

3. Track progress toward both short and long-term goals.

Bonuses are a huge part of a typical salesperson’s salary, so make sure yours are on par with industry standards. You can also encourage more team effort by offering rewards for mentors and the group as a whole. For example, pair your ten percent rep up with your 25 percent rep and offer a bonus if the ten percent rep meets his targets. You can also offer a bonus for a collective goal, like when the team hits their $125,000 monthly target or an additional bonus if each person hits $31,250 in a month. Your top performers will naturally jump in with coaching and insights to help the others improve, and your struggling reps are likely to go the extra mile to avoid letting the team down.

Get Help Boosting Your Sales

By fusing sales, marketing, and business knowledge, I help companies grow stronger from the ground up. If your team isn’t meeting the sales targets you set or you’re unsure how to create a meaningful strategy, connect with me for a complimentary consultation.

Husam Jandal is an internationally renowned business and marketing consultant and public speaker with a background that includes training Google Partners, teaching e-business at a master's level, receiving multiple Web Marketing Association Awards, and earning a plethora of rave reviews from businesses of all sizes. 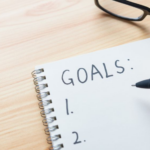 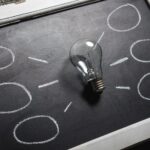 How to Create an Onboarding Process that Wins Clients for Life 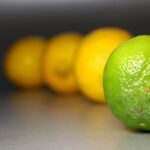 Effective Branding Strategies to Increase Sales All Year Round 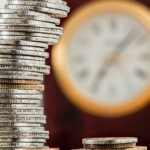 Customer Lifetime Value (CLV): What it is & Why it Matters 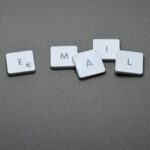 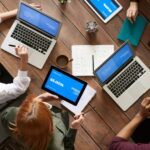 10 Actionable Steps to Get Your Sales and Marketing Aligned Fast

Get the Digital Insights!

Subscribe to receive exclusive content and the latest marketing tips delivered complimentary to your inbox every two weeks.